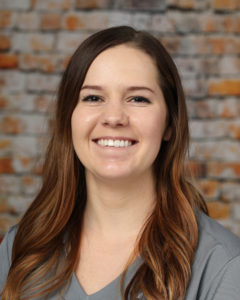 Macy Hagler is a senior who will graduate in May of 2019 with a degree in Agriculture and Food Security, and minors in Crop Science and Business Administration. She grew up on a small acreage in Kuna, Idaho where she developed a love of agriculture by raising livestock, competing in rodeos, and being heavily involved in 4-H and FFA. She is involved in several organizations, including CAHNRS Student Senate, CAHNRS Ambassadors, Agriculture Future of America, Collegiate Farm Bureau and the WSU Alpine Ski Team. She has work experience in the WSU Winter Wheat department as a lab assistant and the CAHNRS Academic Programs Office as a Clerical Assistant. In additions, she has interned as Crop Production Services, Dow AgroSciences, and Farm Credit Mid-America. and will begin a full-time Credit Officer Trainee role with Northwest Farm Credit Services in Nampa, Idaho following graduation.

Family Consumer Scientist of the Year 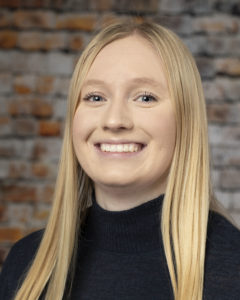 Ashley Wright is from Concord, California studying Apparel, Merchandising, Design, and Textiles with emphasis on Merchandising and minoring in Business Administration – Finance. She has been on Presidents Honor Roll the past six semesters with a cumulative GPA of 3.84. She has participated in undergraduate research with Dr. Hang Liu into regenerated fibers from recycled waste cotton; through this research she had the opportunity to be a part of the WSU I-Corps Fall 2017 cohort as Academic Lead, present at SURCA and International Textile and Apparel Associate Annual Conference in Cleveland, Ohio. After graduation she will attend graduate school at the University of Oregon studying the Sports Product Management Program in Portland, Oregon. This will give her the opportunity to pursue her dream of making a difference in the outdoor and sportswear industries, specifically in sustainability. 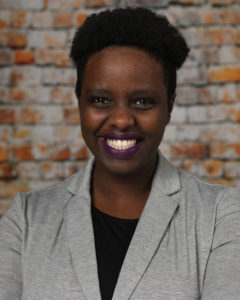 Vanessa Giramata is an international student, from Rwanda, she is a junior at Washington State University. She is currently pursuing a major in Agriculrual Economics, and an option in French. At Washington State University, she is a part of CAHNRS Ambassadors and Honors Ambassadors, and she is a student mentor. She is also part of different clubs. In the future, Vanessa wants to work on resource allocations and budgeting for the agriculture sector of her home country. Vanessa has been ale to step out of her comfort zone, try new things, dare to dream, and grow as an individual through education. This is why she also wants to work on developing better policies to improve the education system, because she believes education is crucial to one’s growth, and that it helps unfold the potential the lie within each individual. 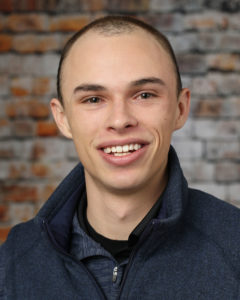 Daniel Lochridge is a junior at Washington State University (WSU). Daniel is majoring in economics and has maintained a 3.63 GPA, placing him on the President’s Honor Roll every semester, Daniel is also involved with the student led sustainability organization and the campus entrepreneurship center. With the help of the connections her’s made in these organizations, Daniel has been successful in establishing the first ever GreenTech prize category for WSU’s state-wide student business plan competition. In his professional life, Daniel has worked internships in both finance and marketing. The experience gained in the internships has led to several opportunities to work as Fortune 500 companies post-graduation as a Financial Adviser. Despite these opportunities, Daniel has elected to study for the LSAT and wants to pursue a career in law. When Daniel is not studying or working, he enjoys going to cross fit, playing hockey, and fly fishing Montana. 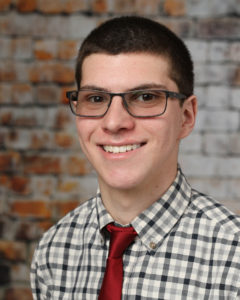 Max Sitver is originally from Stonington, Connecticut. Max has always had a passion for animals, specifically exotic species. At the age of fourteen, Max began working for an exotic animal educational facility. He has cared for several exotic species such as: sloths, birds of prey, big cats and foxes. Max found a passion for hawks soon after working at this facility and decided to become a falconer. To continue his adventures, Max took lessons and became a Private Pilot. Max chose to attend WSU to with the desire to become a veterinarian. Before WSU, he never worked with livestock. As Max began working at the Knott Dairy Center with CUDS, he found his passion for agriculture. Max has been admitted to the WSU College of Veterinary Medicine Class of 2024 and cannot wait to begin his journey of becoming a veterinarian specializing in nutrition. 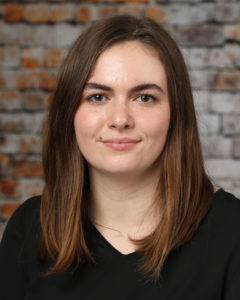 Emma Taylor is a sophomore majoring in Economic Sciences with a concentration in Policy and minors in Mathematics and French. As a member of military family, she considers herself both a Texan and a Washingtonian, though Emma chose to attend Washington State University in order to be able to participate in an educational community that prioritizes learning for the benefit of all the residents of our state. At WSU, Emma focuses on growing academically and participates in community involvement through student government and Model United Nations. She plans on pursing a Ph.D in Economics or Agricultural Economics and researching the relationship between macroeconomic policy and global food insecurity so that the world’s growing population can support itself with sustainable agriculture and nutritious food. Outside of the classroom, Emma is a lover of Cougar football and an avid baker. 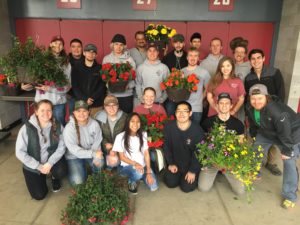 WSU Horticulture Club is an RSO (Registered Student Organization) at Washington State University’s Pullman campus. The club produces greenhouse-grown crops for sale to members of the community through plant sales. The largest plant sale takes place during Mom’s Weekend at Beasley Coliseum. Some of their other events include, a camp trip, apple picking and cider pressing, floral workshops, and paid work parties.