Debra Inglis began college with the intent of becoming an English major, but she quickly discovered her love for science and never looked back.

“I really enjoyed botany, mycology, bacteriology, and ecology,” Inglis said. “When I asked my botany professor if there was a career that encompassed all of these disciplines and she said plant pathology, I was immediately hooked.” 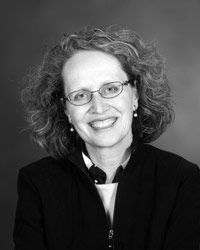 A native of Spokane, Wash., Inglis earned her bachelor’s degree in biology from Whitworth College in 1975. She earned her master’s degree in plant pathology from Washington State University in 1978 and her doctorate degree in plant pathology in 1982, also from WSU. Inglis was offered a graduate research assistantship at WSU to work with an extension plant pathologist on wilt diseases of asparagus. Inglis said, “I aspired to become a vegetable pathologist with extension responsibilities, so this was a great opportunity and one of the main reasons why I chose to come to WSU.”

At WSU, Inglis valued the time she spent with her mentors, who prepared her well for work in the “real world”. “Many of the opportunities and experiences I had with my mentors, including field trips, dinners at their homes, chances to meet distinguished guests, collaboration on manuscripts, attending professional meetings, teaching a general plant pathology course, and working in the plant diagnostic clinic, gave me the confidence I needed when I became a ‘real’ plant pathologist,” Inglis said.

In the “real world” post graduation, Inglis did research at the University of Wisconsin in Madison. She then held an extension plant pathologist position at Montana State University where she oversaw an IPM Program on 3.5 acres of cereal grains. Finally, she was hired as a vegetable pathologist at the WSU Mount Vernon Northwestern Washington Research and Extension Center.

From 2004 to 2008, Inglis served as the interim director of the Mount Vernon R&E Center. Under her direction, the center underwent a major revitalization.

Currently, Inglis is involved in several areas of research at the Center in Mount Vernon. “I am working on tuber disease problems in potato storage,” Inglis said. “I’m also working with the effects of flooding on soil-borne potato pathogens, as well as using biodegradable mulches and high-tunnel systems for specialty fruit and vegetable production.”

“I believe in the land-grant mission,” Inglis said. “Serving the people of this state by providing high quality and timely research based information. That’s what it means to me to be a Coug.”