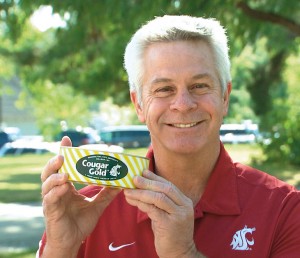 Russ Salvadalena (’77, Food Science & Tech.) (above), has managed the WSU Creamery for the past 13 years and calls it his “dream job,” including working with the student employees and “fantastic facilities.” He appreciates work by Marc Bates and Dr. Lloyd Luedecke who built the Creamery into a self-sustaining operation.

Bill Marler (’82, Political Sci., Eng., Econ., with honors) was included on The Daily Meal’s list of “America’s 50 Most Powerful People in Food” for 2013. He joins the ranks of the nation’s top chefs, writers, food industry leaders, and activists. Marler, a food safety advocate, has a law practice in Seattle and represents clients from around the country, especially victims of foodborne illness.

Michelle Widner (’02, Interior Design) has joined Bernardo Wills Architects as an interior designer. Her initial projects include the Newtech Skill Center and Werschler Dermatology office renovation and addition, both in Spokane. Since graduating, Widner has earned the National Council for Interior Design Qualification certificate. She is a member of the International Interior Design Association and Advisory Board for the WSU Interior Design program.

Jennifer Frost (’06, Interior Design) has been promoted to principal of Rice Fergus Miller Architecture, where she has worked since graduating. Her design career is focused on healthcare, hospitality, and senior housing. Outside of her project work, Frost founded the firm’s university recruitment program, helped coordinate their professional development program, and stays involved with industry organizations throughout the Northwest. She was chosen for the 2013 International Interior Design Association Northern Pacific Chapter Recognition Award for her contributions and commitment to the industry.

Ashley Miller (’06, AMDT) is now one of two handbag/accessory buyers on the shoes/handbag team at Amazon.com. She began as a member of Amazon’s clothing team, buying Juniors, Women’s Active, and Women’s Accessories. She previously worked at Nordstrom, in both the buying offices and with their private label group, NPG. “I’m really interested in keeping in touch, knowing what’s going on within the college (specifically AMDT), and connecting with students about to graduate,” she says. “I’m looking for additional ways to support WSU and I’ve joined the Recent Graduates President’s Associates Committee.”

Kari VanBeek (’06, V & E) is working as a viticulturist for Ste. Michelle Wine Estates. She is responsible for just over 3000 acres of all varieties of winegrapes that go into most of the SMWE labels including Columbia Crest and Chateau Ste. Michelle. Her main task is crop estimating and quality control of fruit coming from contract growers. She also oversees one of the company-owned vineyards and makes recommendations such as fungicide spray programs.

Lyliana Gayoso (’11, Applied Econ.) is currently writing her doctoral dissertation at WSU, working in economics, with an emphasis in labor economics and econometrics. 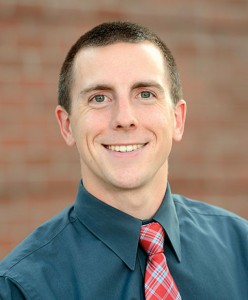 Nik Grimm (’13, Ag. Ed.) (above) is the new recruitment and retention coordinator for CAHNRS. Accepting the position just four months after graduating, he is now responsible for coordinating recruitment and retention efforts across 15 academic departments and advising a team of 23 student ambassadors for the college. Prior to this, Nik worked as an assistant in the college’s Academic Programs office while earning his degree. The experience working with youth he gained in the Agricultural Education program helped make him a good candidate for the position. Outside of work, he is known as “a motorcycle-riding, banjo-playing, public speaking professional with an infectiously fun personality…”