We at CAHNRS are doing our part to limit the transmission of the COVID-19 virus. View the list of canceled or postponed college events. Visit WSU’s source of updates and information about COVID-19 at wsu.edu/covid-19/ 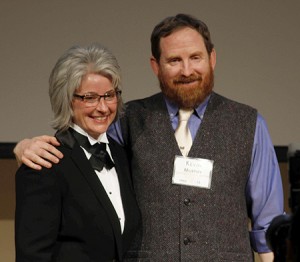 Perhaps more than any other individual, Mr. Allison pioneered the commercial production of premium table wine in Washington. In 1937 he began as a cellar worker with National Wine Company. In the decade that followed he assumed more responsibility until the early 1950’s when, as a result of a merger, he took control of Washington’s largest winery, American Wine Growers. It was then that he looked to the future and began the first commercial scale planting of European grape varieties in Washington. This was the beginning of Ste. Michelle and Washington State’s premium table wine future.

Those considered eligible for this scholarship shall be full time, regularly enrolled graduate students and seniors, in that order, in the Department of Horticulture with an expressed interest in the study of viticulture. Within the preceding criteria, scholarships shall be awarded on the basis of academic achievement.

How To Apply
Roughly $700,000 in total awards to hundreds of students annually
Support a Scholarship
Making a difference in the future, one student at a time.