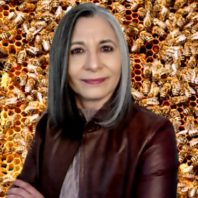 Dr. Luz María Gordillo is Assistant Dean for Diversity, Equity, and Inclusive Excellence in the College of Agriculture, Human, and Natural Resource Sciences (CAHNRS), Associate Professor of History, and Campus Director of Faculty Equity and Outreach at Washington State University Vancouver. Gordillo joined WSU Vancouver I 2005. She has served as Program Leader in the departments of Women, Gender, and Sexuality Studies (WGSS), Critical Culture and Race Studies (CCGRS), and History.

Gordillo’s first book Engendering Transnational Ties: Mexican Women and the Other Side of Immigration, garnered the ALLA book award in 2011. In 2013, Dr. Gordillo co-directed and co-produced the film entitled Antonia: A Chicana Story. In conjunction with the documentary, Dr. Gordillo worked on a series of interviews with Chicanx activist, scholars, artists, and art critics for the book Engendered History: The Collected Works of Antonia Castañeda. 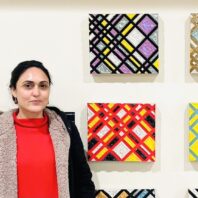 Sapinder Bali is a Research Associate in Department of Plant Pathology. She is studying the molecular basis of host-nematode interactions. She was born and raised in India and did her bachelor’s in Biotechnology and master’s in Molecular Biology and Biochemistry from Guru Nanak Dev University, India. She holds a PhD in Plant Molecular Biology from University of Delhi, India. Prior to joining Washington State University, she worked with Oregon State University as a Postdoc Scholar, where she studied the mechanism of resistance response to nematodes in potato. She is a first-generation college graduate and comes from a supportive and liberal working-class Indian family. She has been a champion of gender equality throughout her college days. Dr. Bali is committed to work for the advancement of underrepresented groups and gender equality issues. 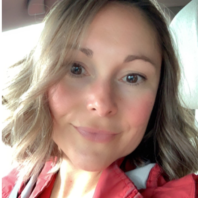 Heidi Clarke is the Manager in the Business Center and has been with CAHNRS for five years. She has worked in development for Athletics and Higher Education throughout her career for WSU and the University of Oregon. When not working with the Business Center team, Heidi enjoys spending time with her husband, two daughters, two cats, and the family dog. 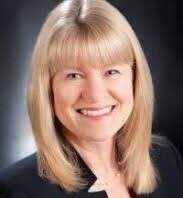 Dr. Nancy Deringer is the State Director for the Washington 4-H Youth Development Program, an Associate Professor and Principal Investigator for the USDA-NIFA Federally Recognized Tribes Extension Program (FRTEP) – Kalispel Tribe; and PI for the USDA-NIFA Children, Youth, Families At-Risk (CYFAR) Dive4TECH – Juntos 4-H program at Washington State University. Nancy was a national USDA-NIFA CYFAR Coach for five years, and also the statewide evaluator for the University of Idaho’s CYFAR 4-H Afterschool program for four years. Previous to her role at Washington State University, Nancy was tenured academic faculty at the University of Idaho’s School of Family and Consumer Sciences for ten years; and prior to this, Associate Director for the Center on Disabilities and Human Development (CDHD) for ten years. The CDHD is a University Center on Excellence for Developmental Disabilities (UCEDD), funded by the US Department of Health and Human Services. Nancy’s focus is reaching and engaging underrepresented youth and families through innovative programming. She has acquired over $14M in grants and contracts from foundation, state, and federal sources. Nancy’s research area of interest is examining family socialization and financial literacy among youth and young adults especially those who are first generation and/or from underrepresented groups. 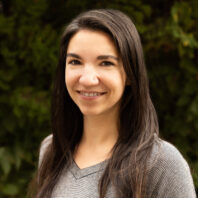 Clara is a research coordinator in the IMPACT lab in the Department of Human Development, on the Pullman campus. She coordinates multiple research and evaluation grants and contracts projects relating to substance use prevention and health promotion, and has additional research interests in early childhood development and wellbeing. Her undergraduate degrees are in English Literature and Psychology, and she has a Master’s degree in Public Health. Her passions include travel, spending time with her family, playing outside, and reading. 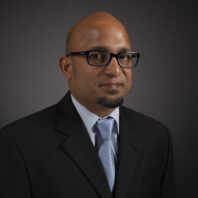 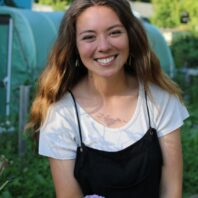 Chantal is the 4-H Program Coordinator in Clark County and has been with Extension since 2019. She provides leadership for the 4-H Youth Development Program and efforts serving youth outside of the 4-H club system, specifically youth involved in the criminal punishment system and underserved populations. Chantal holds a bachelor’s degree in Child and Family Development and a master’s degree in Educational Leadership and Policy, specializing in Leadership for Sustainability Education. 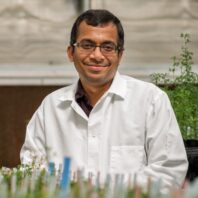 Chakradhar Mattupalli is a faculty member in the Department of Plant Pathology. After receiving a BS in Agriculture and an MS in Horticulture, he gained experience in agricultural finance while working in the banking industry in India. This position involved daily interactions with growers who provided firsthand experiences of the economic impact of plant diseases. This prompted him to pursue a PhD in plant pathology at the University of Wisconsin-Madison. Currently at WSU Mount Vernon Northwestern Washington Research and Extension Center, he works on diseases of potato and blueberry crops. 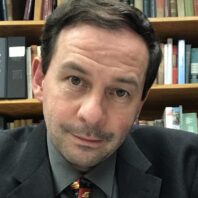 Dr. Martin G Maquivar is a faculty member in the Department of Animal Sciences at Washington State University. Martin teaches various undergraduate courses at WSU and conducts undergraduate research in addition to study abroad programs and he works with extension agents conducting trainings to stakeholders in Spanish. His research interest is in ruminant reproductive management as well in practical aspects of animal welfare. Martin is originally from Mexico City, Mexico, where he graduated from Veterinary Medicine school at the National Autonomous University of Mexico (UNAM), later he specialized in cattle medicine, and he got a master’s degree in nutrition and reproduction of ruminants at UNAM. He obtained his PhD from The Ohio State University before moving to Colorado to work on his post-doctorate research fellowship before arriving to WSU in 2013. 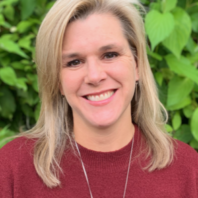 Jen is dedicated to reducing health inequities through nutrition education and support of policies and practices that promote healthy lifestyles and well-being for under-resourced individuals and families. Through her work as an Implementing Agency Lead for the WSU Extension SNAP-Ed Program Manager, Jen coordinates activities that increase access to healthy foods, improve knowledge and skills to prepare those foods, and encourage physical activity. This work includes collaboration with a network of community partners to maximize impact and improve the health of the community overall. Jen also serves as  Co-chair of the City of Seattle’s Sweetened Beverage Tax Community Advisory Board, assisting with making recommendations that ensure revenue from this ordinance is invested in the communities most impacted by health and economic inequities.  Jen studied nutrition at Bastyr University and is a Registered Dietitian. 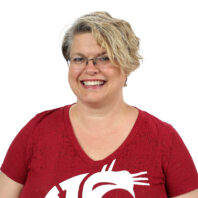 Kat Odell has worked for WSU since the fall of 1990. She joined the CAHNRS Operations team in 2017. Kat’s primary area of focus is handling the Real Property process for the college, including the Land Legacy Endowment Farms. She also assists with the CAHNRS Safety program and is the CAHNRS Risk Management liason. 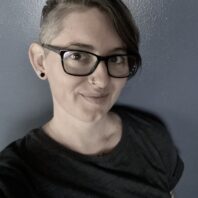 Rae is a postdoctoral researcher in the entomology department studying honey bee health. They are a joyful member of the LGBTQ+ community and love spending their time reading about bees, playing with their four dogs, knitting sweaters for themselves and hats for their loved ones, and working out. 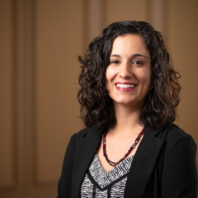 Elizabeth Perez is Director of Recruitment and Retention for undergraduate student programs at Washington State University’s College of Agricultural, Human, and Natural Resource Sciences (CAHNRS). Elizabeth earned her undergraduate degrees in English Literature and International Studies, as well as a Master of Education in Teaching and Learning, from the University of Utah. Elizabeth joins WSU CAHNRS with extensive experience in teaching, college access, recruitment, academic advising, student success programs, and leadership. Elizabeth enjoys working with the CAHNRS team to build and maintain solid pathways to college and career success, particularly for communities underrepresented in higher education. Elizabeth’s other loves include baked goods, Palouse sunsets, cafecito, and being a working mom. 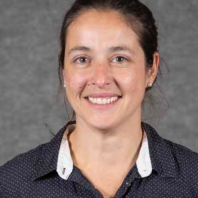 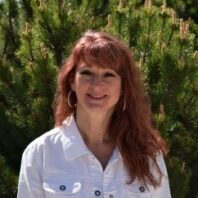 Christina Sanders is the Director of the WSU’s Division of Governmental Studies and Services (DGSS) and the Office of Emergency Management. She has been with DGSS since 2004 and her office is currently co-located with the offices of the Washington State Patrol in Olympia. Christina has a BS in Political Science and a Master’s Degree in Public Administration from the University of Idaho, her areas of expertise include working collaboratively with state and local government entities, interpreting policies, codes and data for report publication and working with agency representatives to initiate and negotiate contracts.  Christina also has experience in facilitation and has worked extensively with public safety entities on a variety of projects. Christina is passionate about social justice, DEI issues, and her family. When she isn’t working Christina enjoys gardening and kayaking. 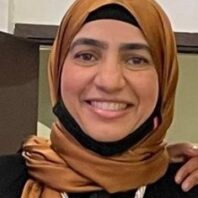 A Lecturer in AMDT (Apparel, Merchandising, Design & Textiles) at WSU. Manal received her M.S. Art in Apparel, Merchandising, Design & Textiles, Washington State University in 2015. B.S. Home Economics Department of Clothing and Textiles, College of Home Economics, El-Menoufiya University, Egypt. She teaches Draping and fitting, Multicultural perspectives on the body and dress, Historic costume, Basic and advanced Apparel Assembly. Her research interests are Hijab and the expression of Muslim religious identity in the western societies, Apparel design analysis. Manal also develop an Arabic program of two years in 2015 and taught Arabic levels 1 & 2 in Foreign Languages department at WSU. She can be contacted at manal.shaheen@wsu.edu 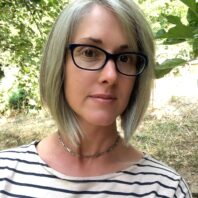 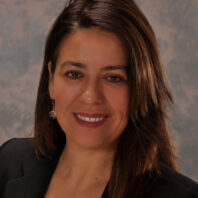 Associate Professor and Endowed Chair in Tree Fruit Postharvest Systems at Washington State University-Wenatchee TFREC. Experience in postharvest research focused on apples and pears, addressing issues such as how the environment affects fruit quality before and after harvest, physiological disorder’s development and assessment and development of new technologies. More than 20 years of experience doing research, teaching, leading research groups, and working with the fruit industry. (https://tfrec.cahnrs.wsu.edu/postharvest-systems/) 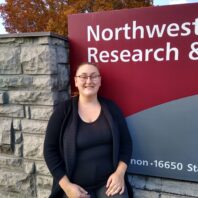 Harmony is a graduate student in the Department of Crops and Soils, where she is pursuing a master’s degree in soil science. She also received her bachelor’s in organic and sustainable agriculture from WSU. Harmony is passionate about creating a more diverse, equitable, and inclusive academic environment that not only accepts but celebrates people of diverse backgrounds, abilities, and experiences. She is excited to contribute to this initiative within CAHNRS and the wider WSU community. 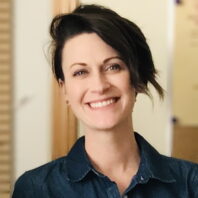 Alison’s program and research areas include (1) youth empowerment, (2) youth health promotion, (3) diversity, equity, and inclusion, and (4) organizational change. As WSU Extension faculty, Alison prioritizes community-based programming tailored to local needs with a primary focus on Yakima and Kittitas counties. She enjoys creating and facilitating programming that explores art, design, biology, and ecology through lens of equity aimed at real-world issues to empower youth in learning about themselves and the world around them. Alison serves as co-chair of the National 4-H LGBTQ+ Youth & Community Champion Group, co-lead of the National Extension LGBTQIA+ Affinity Group, chair of the WA State 4-H Equity & Inclusion Committee, and faculty advisor to the WA State 4-H Teen Equity & Inclusion Task Force. 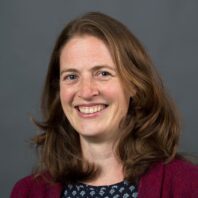 Georgine Yorgey is the Associate Director of WSU’s Center for Sustaining Agriculture and Natural Resources, where she has worked since 2009. She leads the Center’s efforts around recovery of organic wastes, including work on dairy-derived nutrients, biochar, and compost. She also co-leads efforts relating to climate change, water, and agriculture. Georgine grew up in Oregon, where early exposure to vegetable and small fruit breeding convinced her that she wanted to work on issues related to agriculture and sustainability.  She earned a Bachelor of Arts with High Honors from Swarthmore College in 1999 (major in Biology, minor in Sociology & Anthropology), and a Master of Public Administration from University of Washington in 2008.