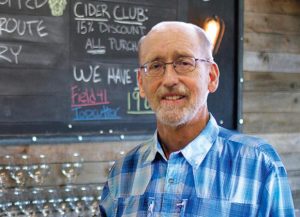 Craig Campbell loves growing apples and pears at Harmony Orchards, the orchard his family has owned in the Yakima Valley since the 1920s. His love of tending fruit trees grew into a budding interest in hard cider.

“I hadn’t had much cider prior to opening the cidery,” said Campbell, who is co-owner of Tieton Cider Works in Yakima. “My interest is in growing the fruit, both apples and pears, that we use to make cider. But I really like to drink it now.”

Campbell, a 1973 WSU grad who majored in horticulture, grew up on the farm in an agriculture family and is the third generation of his family to attend WSU.

“WSU is a great school that my family has a long relationship with, and they do great work with tree fruit,” Campbell said.

To show his appreciation, Campbell and his wife Sharon donated support for two scholarships to help the next generation of students in WSU’s Department of Horticulture.

“My passion is growing fruit, and I want to help young people if that’s what they want to do, too,” Campbell said. “We need more educated people and WSU will definitely provide the necessary tools for the next generation to succeed.”

Campbell used his horticulture degree in the tree fruit industry for several years, working for a distribution company in San Jose, Calif. Later, he started his own business, CDS Distributing, Inc., and spent 30 years living in the Bay Area.

He returned to Washington to take over the family orchard. And when a friend talked about an increasingly popular drink called cider, the idea for Tieton Cider Works was born. Campbell grew and tested 40 varieties of cider apples to see what grew best in Washington. He’s whittled that down to about eight apple varieties and eight pear varieties. 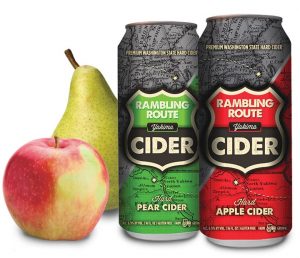 In addition to regular apple cider, Tieton makes pear cider (often called ‘perry’) and a variety of other ciders that include fruits like apricots, cranberries, and cherries.

“I took what I learned at WSU and turned that knowledge into the highest producing and tastiest cider varieties,” Campbell said.