A pioneer, grand host, and savvy business­man who built a stately, short-lived hotel atop the Palouse’s highest mountain, James S. “Cashup” Davis crossed an ocean and a continent in constant search of new opportunity.

Born in 1815 in Sussex County, England, Davis emigrated to America, putting the family craft of well-digging to prosperous use. Farming in Wisconsin and Iowa for more than 20 years, Davis felt the urge to go west, staking a claim first in Oregon, then, in 1871, in Whitman County in the Washington Territory.

Living in a dugout home a hundred miles from Walla Walla, the nearest city, Davis and his family broke the tough prairie sod, planted grain and raised cattle, battling primitive conditions, the elements, and one summer, a plague of crickets.

But Cashup was a fervent promoter of the region, and praised the fertility and beauty of the Palouse in a letter to his sons: “The country is one vast pasturage of grass. Its fattening qualities are unsurpassed by any in the world…. Cattle are fat all the year.” 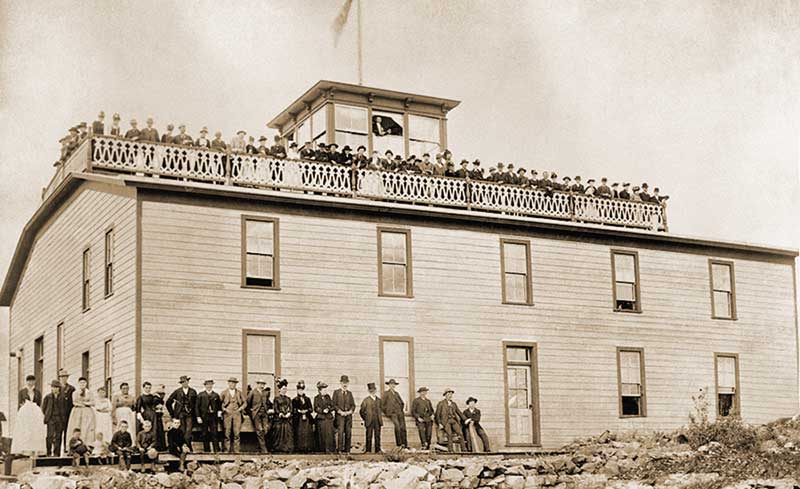 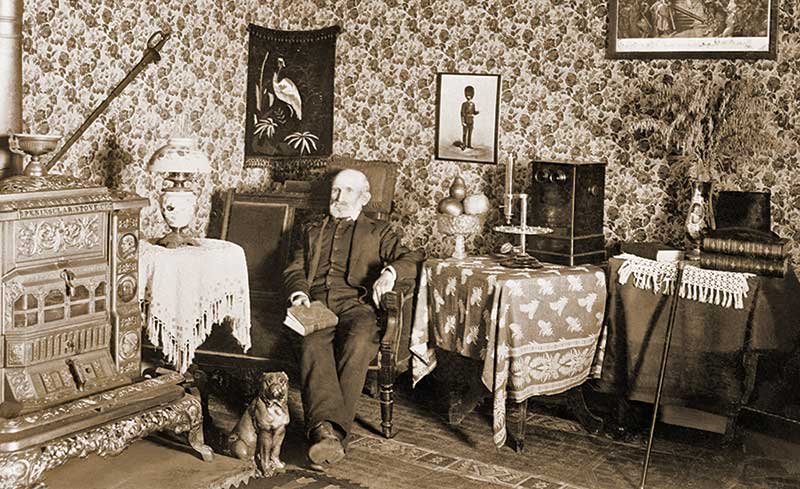 Master of the dance

A few years later, Davis moved a few miles north of Steptoe Butte, building a general store and inn, with a dance hall on the top floor. In the era before trains, his settlement soon became a well-known stage coach stop, and Davis loved to play the host.

Young and old gathered at his hall to step the polka and waltz to a two-man “orchestra” in dances that lasted from dusk to dawn.

Davis earned his lasting nickname as one of the few traders willing to put “cash up” on the count­er. Cash was rare in the territory, and Davis earned respect and made shrewd deals thanks to his ability to offer hard money.

Spectacle on the mountain

With the arrival of the railroads, the stage coach business dried up. Davis had long been fascinated by

land and spent $10,000, a fortune in 1888, to build his hotel, equipped with every luxury and considered a palace on the Palouse.

Crowning the spacious building, with a grand hall, stage and dining room for 50, was a cupola observatory and reading room with views of 150 miles distant.

Some say Davis built his hotel because he missed the merry company of travelers. But while hundreds visited every season, the hotel was not a success. In later years, he occupied it alone, wistfully hoping for crowds who rarely came.

Davis died June 22, 1896, at age 81, alone in his hotel atop the peak. While his son tried to maintain the hotel, it burned down in 1911 in a fire said to be started by a couple of smoking teens. The blaze on the mountain was seen for miles.

The grand hotel has vanished, but the “Cashup” legacy remains on the Palouse: A sense of opportunity, pride, and adventure that runs through its farms, businesses, classrooms, and research endeavors.