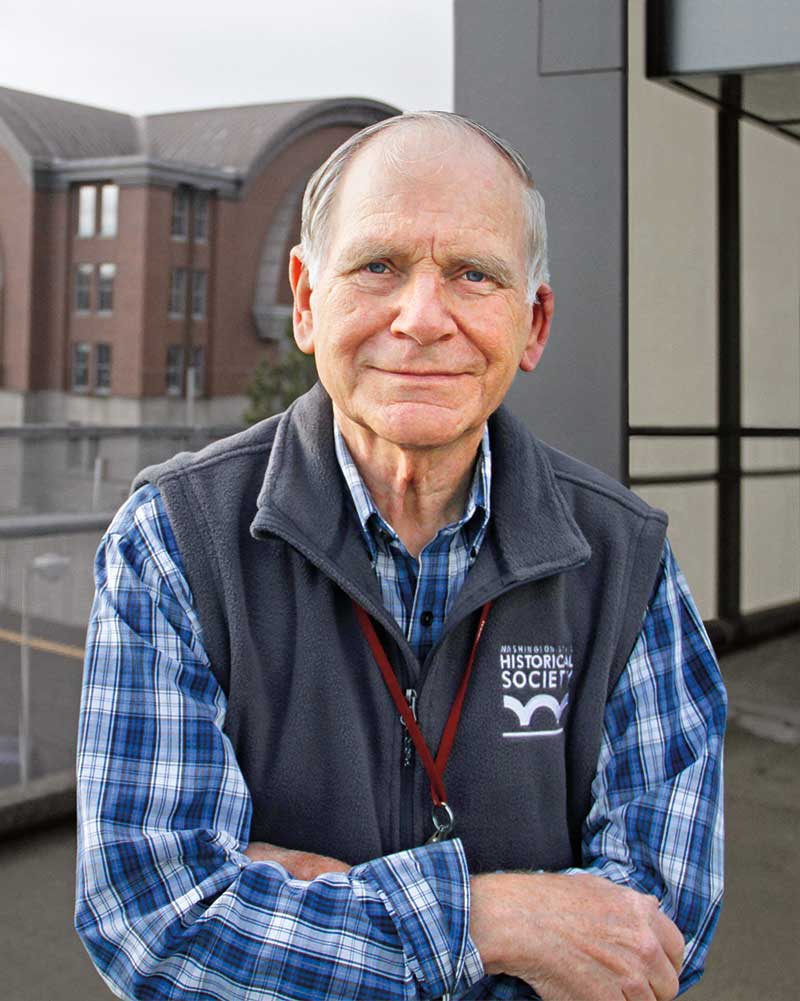 Self-starter Mel Hamre gives of himself to help others

A first-generation college graduate who has helped more than 70 Washington State University students take their own academic journey, and a history-sharing volunteer still going strong at age 86, Mel Hamre is the epitome of a “Forever Coug.”

“I’ve always been a self-starter,” says Hamre, a 1954 graduate of the then-Washington State College, and a man who has always aspired to leave the world a better place because he’s lived in it.

The kid behind the projector

Growing up in the Puyallup suburb of Edgewood, Mel grew up on the family farm.

“We all were poor, but nobody told us,” he said. “We had a work ethic, and we lived well because we grew our own food.”

In schools, educational films were becoming popular, and “they changed my life,” Mel said.

Teachers rarely operated the projector—that was the job of students like Mel, who learned to run the films, becoming a projectionist. From there, he advanced to scheduling showings, maintaining equipment, and train­ing other students. By his junior year, Mel became student audio-visual coordinator for the Fife school system.

Thanks to his work ethic and good record, Mel received a scholarship from the Sears-Roebuck Foundation. When he arrived at Washington State College in 1950, Mel had a marketable skill, useful for paying the $200-per-semester room-and-board and $87.50 in tuition and fees.

He landed a student job, rising to become chief projectionist and assistant chief technician, shipping films from the audio-visual center’s film library, and scheduling movies for entertainment in Todd Hall.

“I advanced to a buck an hour,” he said—more than the typical student wage in the ’50s.

After graduation, Mel took a job teach­ing 8th grade back home at Edgemont School, but “my number was up,” and he was shortly drafted and sent to a U.S. Army combat engineer battalion in Ger­many. Once out of the Army, however, Mel had a decision to make.

“Things were happening fast in the world of science,” he said. “I decided my calling was to get on with my education.”

Earning advanced degrees at Purdue University, Mel went on to the University of Minnesota, spending his profession­al career in Extension, teaching, and research in poultry science.

Washington state, however, was always his true home. And, knowing firsthand the needs of students from working fam­ilies, Mel began funding scholarships in CAHNRS and the WSU College of Educa­tion more than 20 years ago.

“I’d been there and done that,” Mel said. “I talk to young people, and I know

how hard it is: A $1,000 scholarship means 100 hours less they have to work. That lets them live the college experi­ence—belong to clubs, work out at the Rec Center, go to the games. Not just pound the books!”

Day at the museum

Working at a recent Friday morning opening of the Washington State History Museum in Tacoma, as he’s done nearly every week for 22 years, Mel was on hand as a guide, answering questions and add­ing a personal touch for visitors of all ages.

Wearing a fleece vest marked “Volun­teer,” Mel proudly pointed out an antique propeller—“Kids like to see how fast they can make it go!” and the origins of the shipbuilding exhibit—“Those are the tools of a master craftsman.”

Few who visit the agriculture exhibit ever notice the little, stuffed mouse in his shadowy corner, but once Mel pointed him out, two visiting girls were excited to spot it.

“We have a mouse in the museum. Can you see it?” Mel asked. High atop stacked wheat sacks, the rodent crouched, lifelike as if intent on stealing Palouse grain.

“I like to give visitors something spe­cial to remember,” said Mel.

Mel retired home to Washington in 1995, but, true to character, has kept busy in his volunteer job at the museum and helping at his retirement commu­nity, while still supporting students in CAHNRS.

“I’m a lifelong educator,” he said. “I taught 8th grade, taught in college, and continuing education in Extension. Why quit now?” 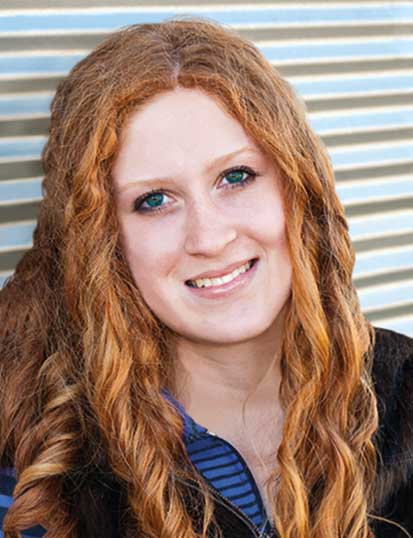 Exploring wheat genes that could give us better varieties for pastries, cookies, and cakes, Crop and Soil Sciences graduate student Carmen Swannack benefits from fewer financial worries and more supplies in school thanks to Mel Hamre’s scholarship.

Funding from donors like Mel rewards hard-working students, giving them a boost of confidence that lets them achieve their goals, says Swannack.

“I thank Mel for all the support he gives to CAHNRS students,” says Swannack. “His gift helps students like me get a great education, turning dreams into reality.”